Technically day 2 because we arrived yesterday evening but we didn’t do much except walked around our hotel (fancy-schmancy Sheraton Seattle) for 10 minutes before heading to Veggie Grill for dinner then buying some water and bananas at a nearby supermarket. (The Veggie Grill on 4th Avenue here in Seattle, by the way, is probably the fanciest one we’ve ever been to – comparing the 2 others we’ve been to in LA.) 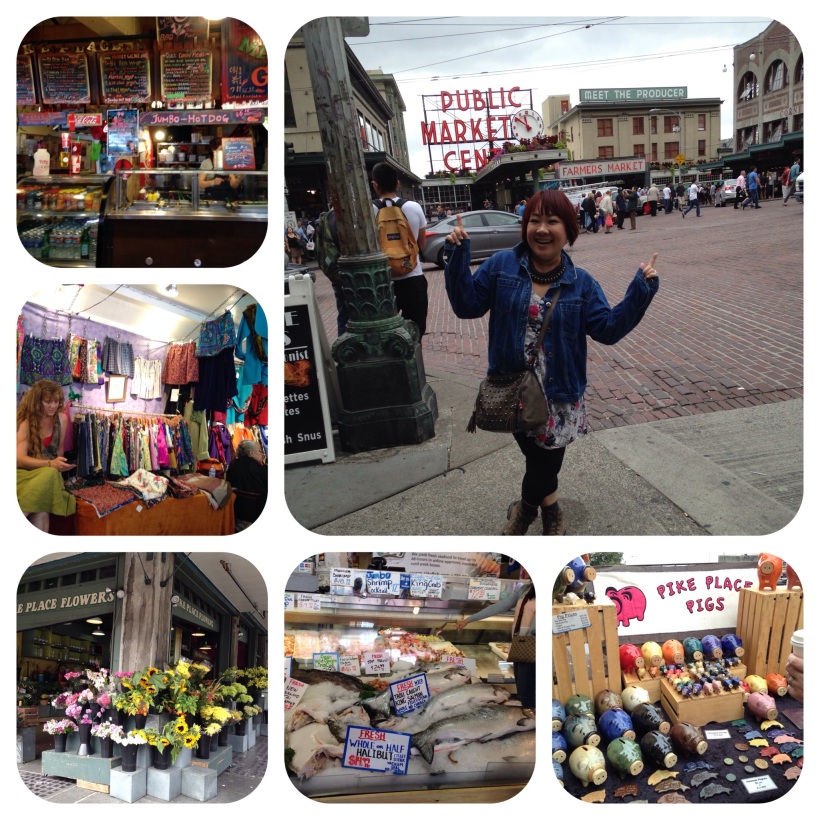 We slept in and watched some TV (TV!! We don’t have TV access at home so I always watch my fill when we get a chance) before heading out to explore the area a bit. We first went to get T’s pass from the Washington State Convention Center then walked to Pike’s Place Market which was super close and convenient. So many things to see, smell and buy! We ended up buying 1 small little piggie ornament for T’s Grammy.

We also went into the world’s first ever Starbucks where T got his caffeine fix. He’s not much of a coffee-drinker but he gets caffeine-withdrawal headaches from time to time. Mostly, he gets by with a caffeinated drink of any kind but when in Seattle coffee town… HAHAHHAA…

Other than sight-seeing there was some business at hand. We met with Dan Adelman for lunch at Long Provincial Vietnamese Restaurant to talk about some insights he has for T’s work. It was a very fruitful and interesting conversation. Lunch was great too! I was randomly searching “pikes place vegetarian” when I stumbled upon this eatery – recommended for being vegetarian and budget-friendly. 3 entrees and 1 appetizer was well under $40. I’m not very familiar with Vietnamese food but it certainly fed my hunger and homesickness for Southeast Asian flavours.

After lunch, it was another short walk back to the hotel to rest before T had to report at the Sony booth for a walk through. While he was busy, I wandered off for a bit in the surrounding area, poking my head in some shops before meeting him again at the Convention Center. Then a little more walking found us in the infamous Post Alley Bubble Gum wall. I was in awe but T couldn’t wait to get out of there because the smell of chewed bubble gum made him ill. So we got out of there quickly and stumbled onto something that smelt a lot better – ice cream! 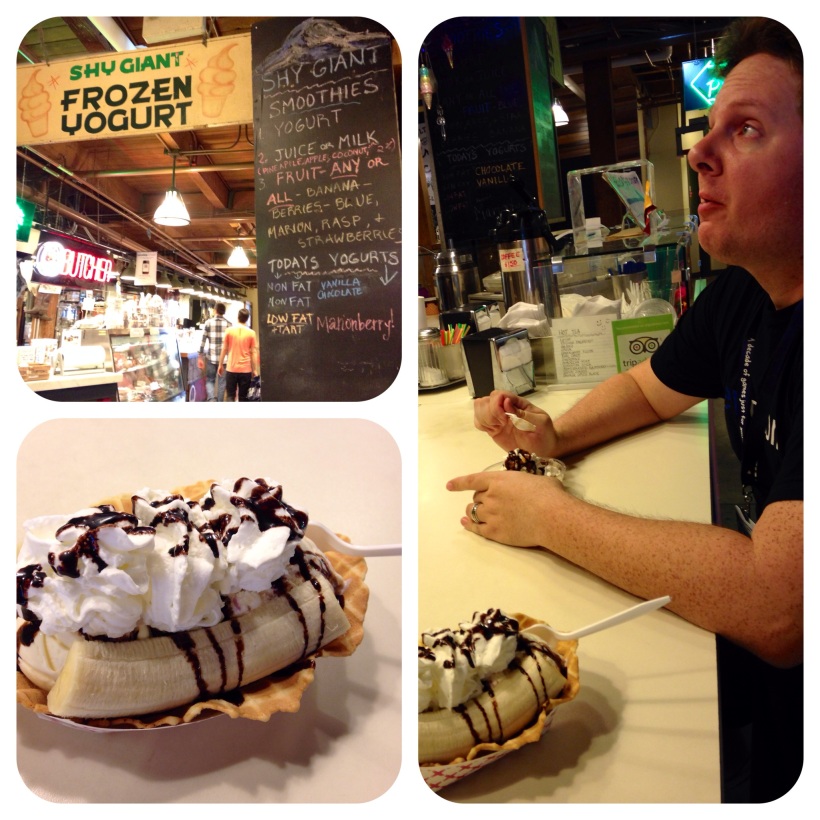 Starting from tomorrow though, I’ll be on my own. T will be showing his game at PAX Prime for the next 4 days. So it’s adventure time for me alone with almost no money! Let’s see what mischief I can get up to…