Today was basically me on my own for most part of the day. I sauntered off to explore more of Pike Place Market before going to meet Erin for lunch at O’Asian near her office. We spent over an hour just chatting and chatting. I had a super lovely time!

As I walked down 5th Avenue, I entered Chinatown aka Seattle International District to do more exploring. Wish I had more belly space because I found so many things I wanted to eat at Uwajimaya! I did end up buying a Beard Papa cream puff just for nostalgia sake. AND IT WAS DELICIOUS!

More walking and walking saw me wandering through some really interesting streets with old buildings that I really like. I believe I was in Pioneer Square and I also entered the Pioneer Thrift Store but came out empty handed. 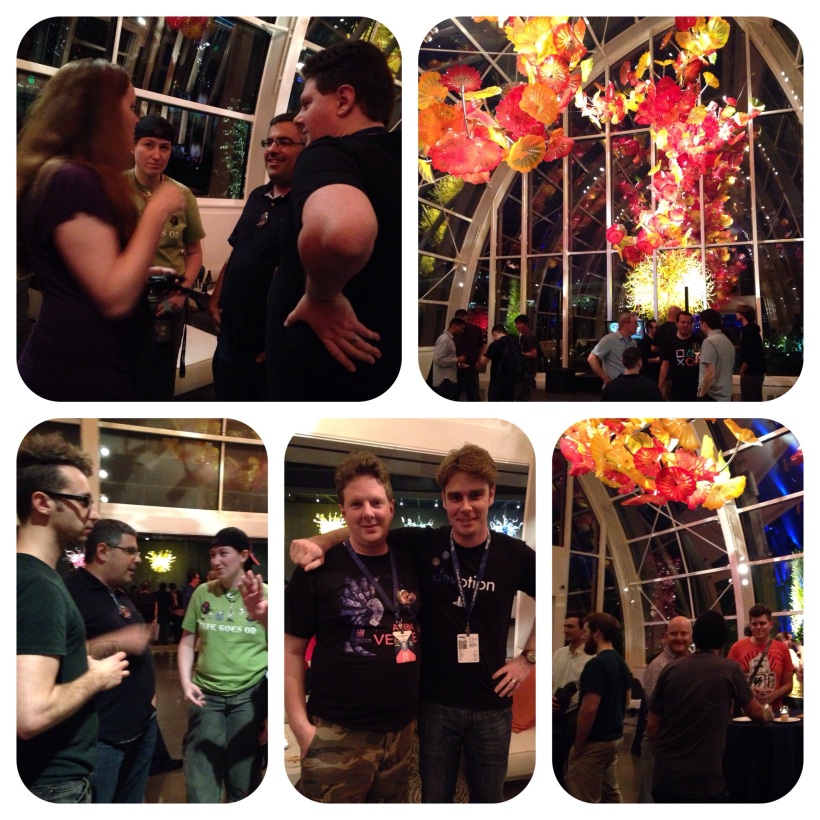 T had a long day first day at PAX Prime and he had about an hour’s rest in the hotel before heading out again. We went to a party hosted by Sony. It was held at Chihuly Garden & Glass. We mingled and chatted with other developers till 11pm. Most of the conversations were over my head but I enjoy learning new things and I’m really interested in people so that helped. Tomorrow I’ll take it easy and sleep in late, not walk too far and maybe spend most of my day chilling in the hotel room…