As I write this post, T is snoring next to me. Our flight back to Vegas is at 1pm and I can’t wait to see Max again. I know he’s in good hands but we’ve been away for a whole week (we left last Wednesday).

Yesterday I did a lot of walking on my own since it’s the last full day I had in Seattle. I walked from the hotel, past Bell Town to the Seattle Center. 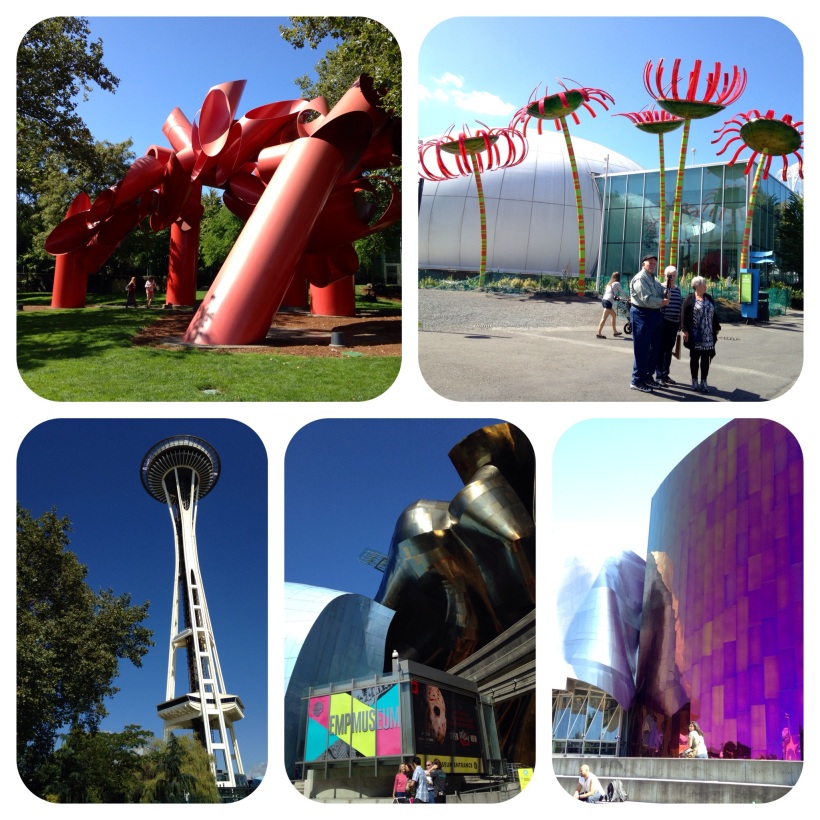 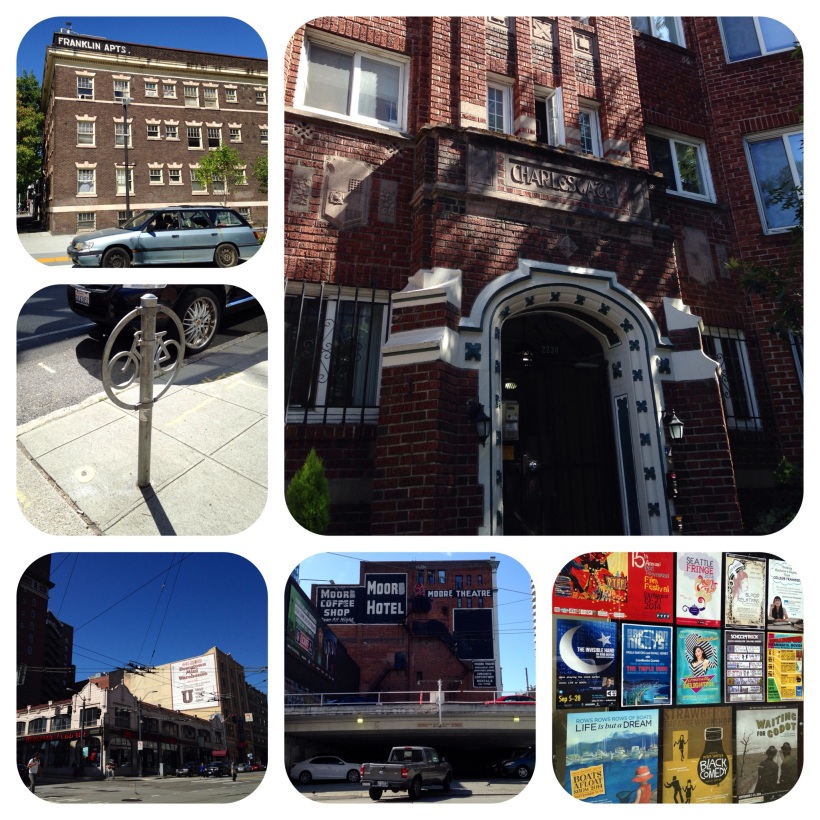 I read that Bell Town is currently the most densely populated area in Seattle and from the looks of all the new high-rise condos (not unlike the ones in Singapore), it doesn’t seem like it’s going to stop growing anytime soon. While it used to be a low-rent industrial area (lots of gorgeous old brick-y building that have been converted in to nicely renovated studios and small 2-bedders), it’s now full of quirky restaurants and newly built fancy buildings. If I were in my 20s, I’d imagine this would be a great place to be to start my new life here. I actually went up to many of the unoccupied ground floor apartments and pressed my face against their windows to see the interiors.

Many of these brand new condos are a stone’s throw away from the Seattle Center, which was my end destination. I saw the Space Needle, browsed the gift shop and used the toilet *koffkoff* because I haven’t got the $$$ to spend on the ticket to go up. I walked around the vicinity and saw people taking pictures, rolling around and sleeping/reading/chatting sprawled out on the lawn. It was such a lovely day out yesterday! I also stumbled onto the Bumbleshoot festival right outside the EMP Museum (which T and I visited last year for the Nirvana exhibition). Then I headed back because I had a lunch date with my husband! We ended up for the 4th or 5th time on this trip (I can’t remember now) at Veggie Grill because we haven’t got one where we live. 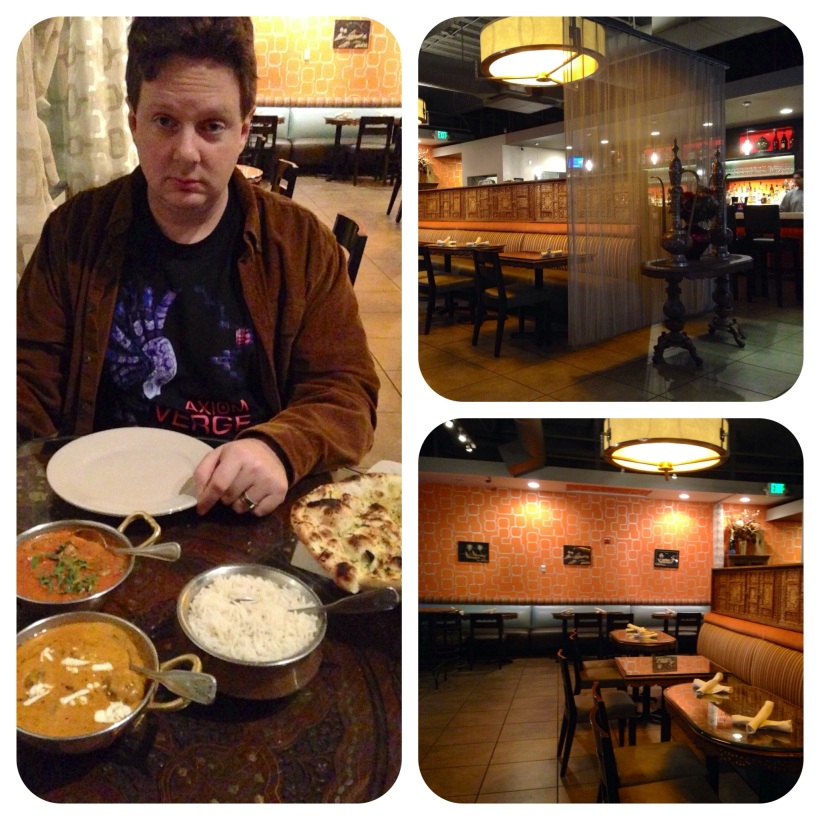 In the evening, we headed to Bell Town for Indian food based off a recommendation that T got from twitter. I checked Yelp for reviews on Far Eats (5th Ave, Seattle) and there were 4 stars so I thought okay that sounded promising. Maybe because we eat a lot of Indian food in Vegas and Singapore, but we both felt that for the price, it was not bad but not something to shout about. We’ve definitely had better and cheaper but hey, don’t discount the fact that maybe there aren’t as many Indian food places here in Seattle so maybe it is as awesome as they get here.

And that was it… We ate, we walked back to the hotel and… My husband was hungry again. He rang up room service for a large Carrot Cake which he devoured quickly. It was apparently tasty but not as good as my sister’s. I didn’t have any because I HATE carrot cake.