It’s true! I’ve jumped on the bandwagon! I’ve been playing the game for about a month now and it’s nuts. I’ve become one of those people who spent real money buying energy lightning bolts!! But after $4.99 I stopped because I ran out of credits hahahahaa… (T’s mom gave me a $50 iTunes giftcard last year for my birthday and I’ve spent most of it on music.)

So anyway, in just over a month, I became an A-lister (starting out as an E-lister you work your way up by increasing fans with different frivolous activities). In the game, you start by needing to work day jobs in clothing stores then progressing to doing photo shoots mostly. Energy lightning bolts give you power to complete tasks and are renewed every 5 minutes. Other than owning the clothing store that I first worked at, now I own a condo in Hollywood and a house in Miami. They are mostly furnished and in each I have a pet dog. My next goal is to earn enough money for a car but I keep spending them on clothes! 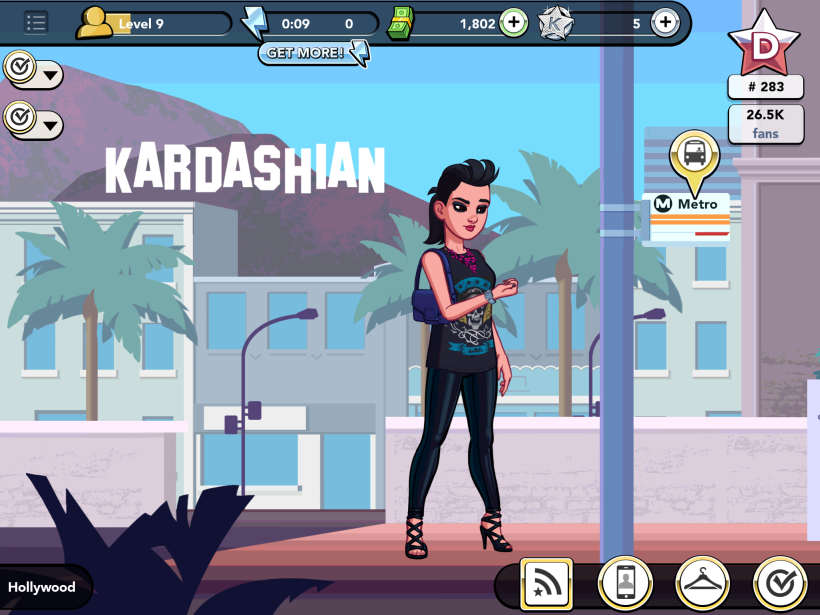 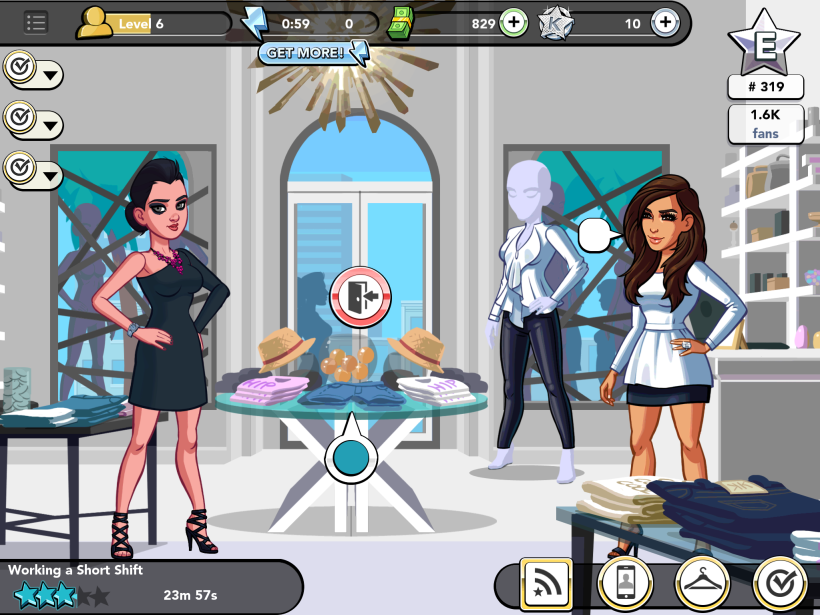 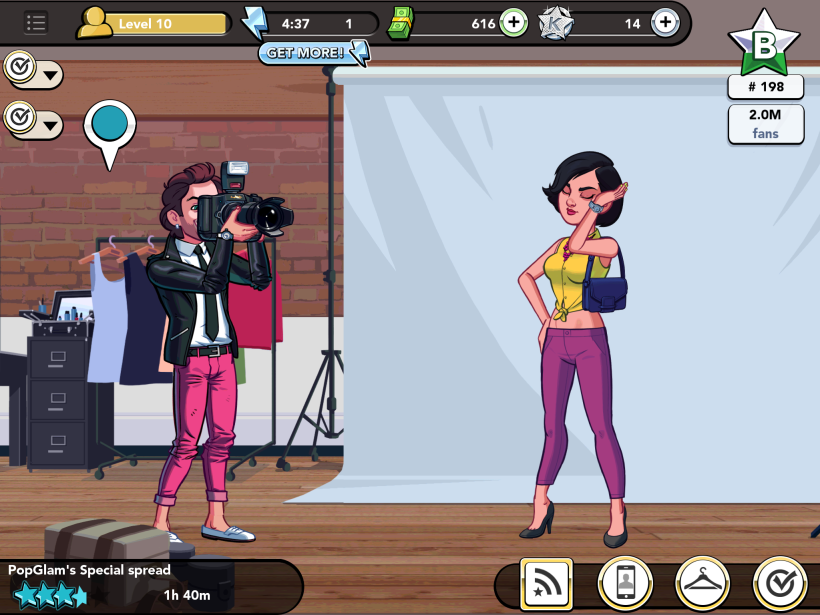 I read that it’s hard to keep up a relationship and your career in the game. People get addicted to it and become irate when they run out of energy lightning bolts. I usually just stop the game and do other real life stuff – cook, chores, walk Max etc. After a couple of hours, I’ll have full energy again. I’ve learnt that the best way to maintain a relationship is to get it out of the way early in the mornings when I get up because I would have full energy after not playing the game through the night and also I wouldn’t forget to meet them. If you don’t see your partner daily, they would want to break up with you and I never have enough K-stars to charm them into staying. I’ve broken up with so many partners – male and female, because of that. There is no option of calling or texting, so the only way is to go into a club or restaurant, then call your partner to meet you there. I haven’t exactly counted but I think it takes at least 30-50 energy lightning bolts to complete a date and you have to pay for everything, on top of being insulted every single fraking time you start the date.

Anyway, I’ve gone only far enough in 2 relationships to be given a key to my partner’s house and be invited to their house for a date (you order take-out and YOU PAY). I would enter a club or restaurant and bump into my partner there. They would suggest that you go back with them to their homes for a date and you can choose to say yes or no. I always choose yes… Hahahahaa!!! So far, both these partners’ homes are the same house in the game. I read that depending on your social status (mine were both A-listers), the default home would be different. 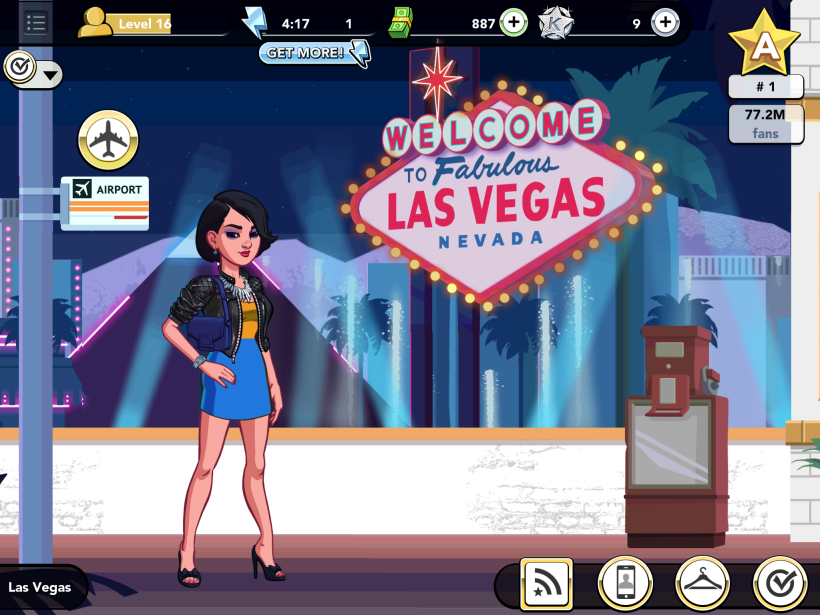 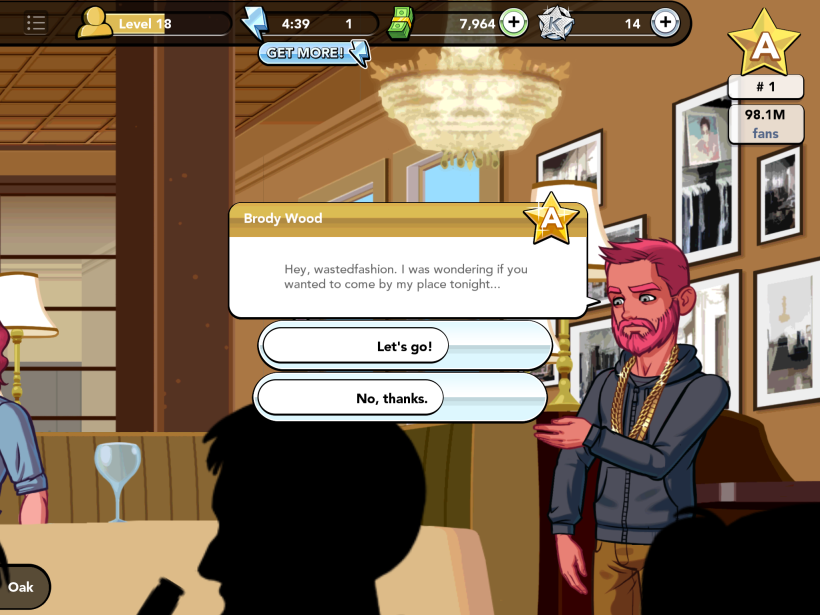 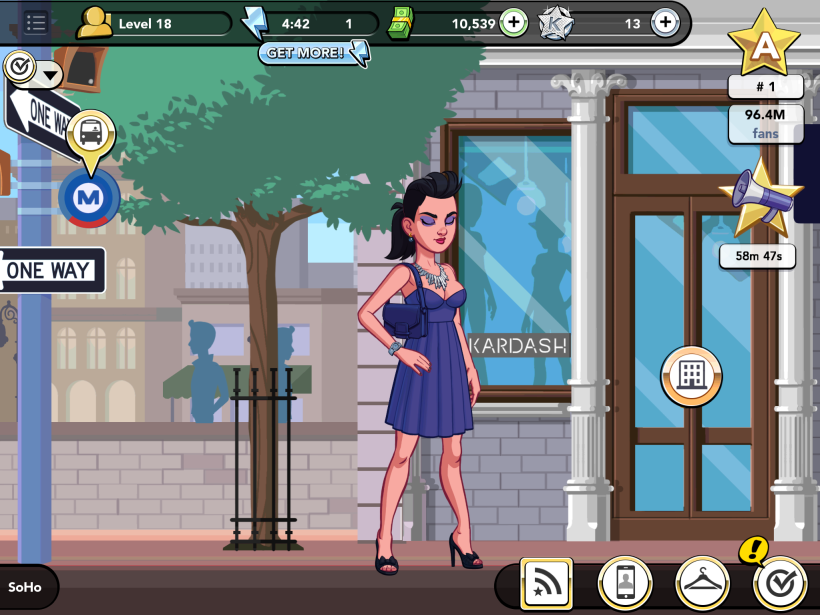 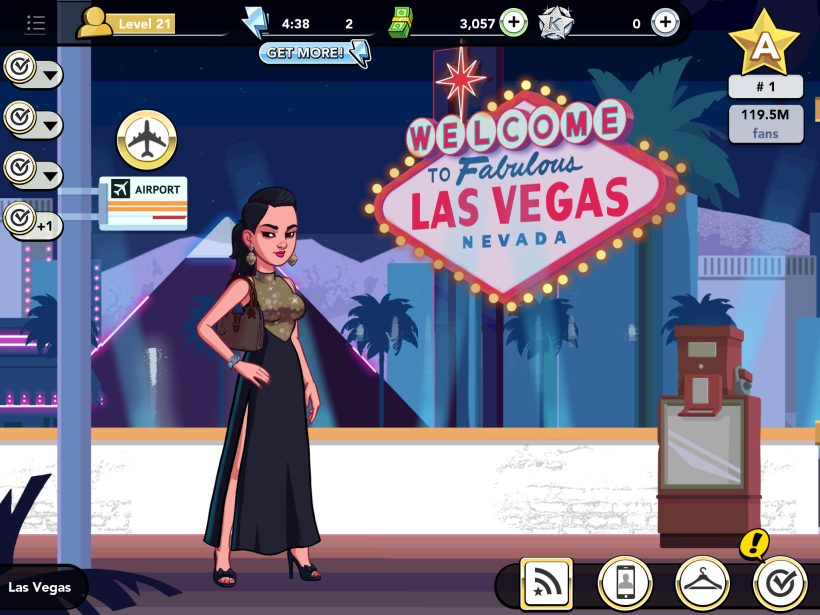 In the game, you have a default arch enemy in someone called Willow Pape and there are sometimes different options to select when responding. I usually choose to let the claws out instead of ignoring or walking away quietly. It makes you lose fans and hinders your progress in the game but it’s more fun! I like the option of not taking the high road! Hahahhahaha… I did read that you should always be nice to Willow when the Anna Wintour character, Elizabeth Korkov is around. So I do and she praises me for it. It’s apparently good for getting more jobs (i.e. photoshoots for raising profile).

So that’s how far I’ve gotten in the game and sometimes when I play it, T looks over my shoulder and I explain what is going on. My poor husband… A legitimate indie game developer whose wife has no appreciation for his work but instead plays frivolous iPhone app games. Hahaha!!

2 thoughts on “I am playing Kim Kardashian: Hollywood”