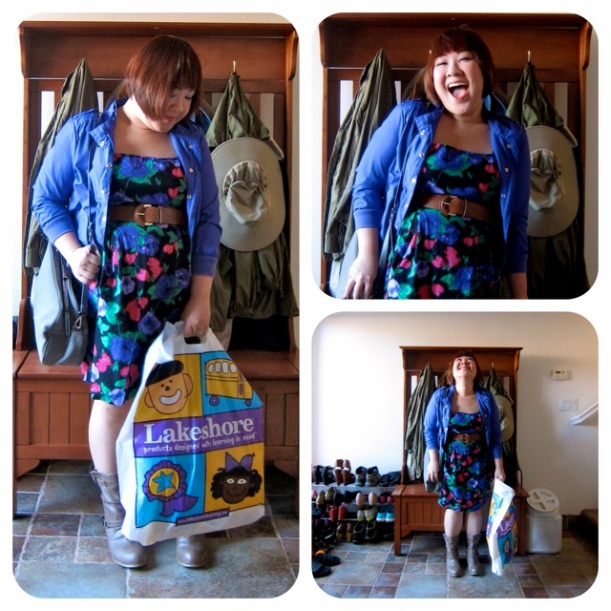 So this happened today. I took these pictures on my way out to the Post Office and for some silly reason, it didn’t occur to me to put down the plastic bag I was carrying. I have no idea where I got this Lakeshore bag – have never bought anything from there and I have no children. It was however holding 3 parcels that I was going to mail out. 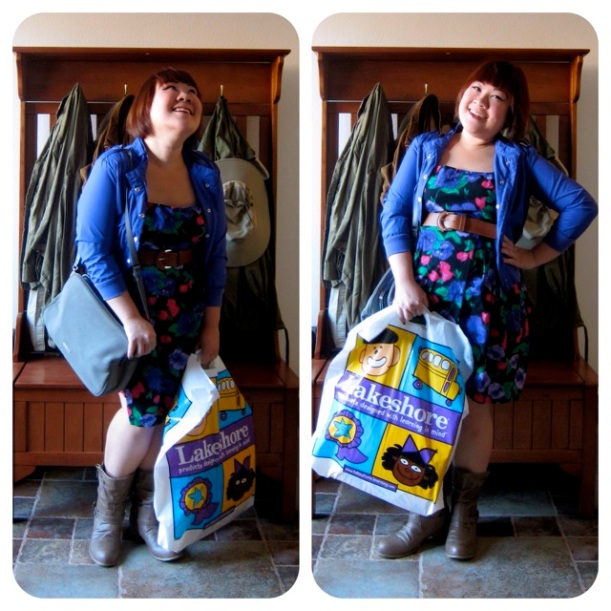 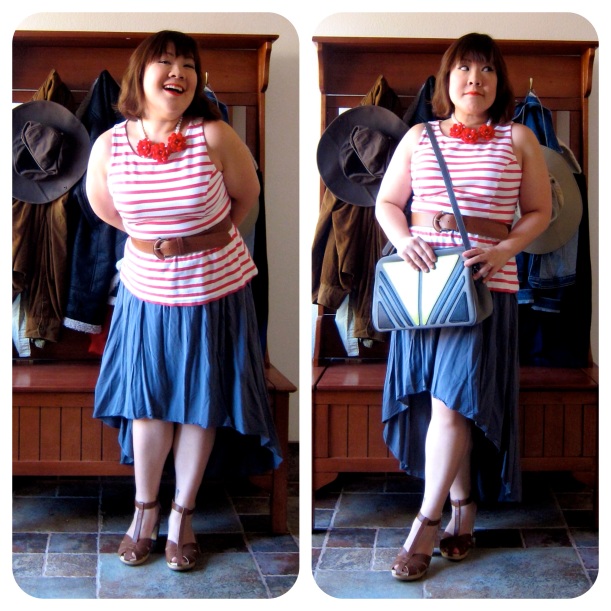 Just a quick one for today. 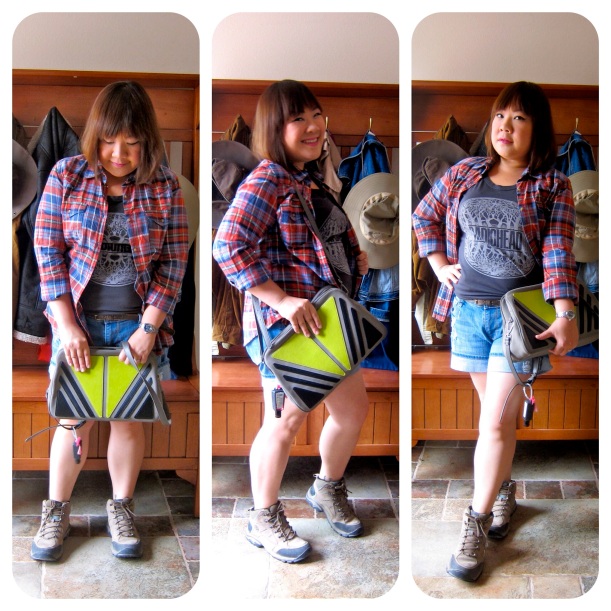 Happy Independence Day, USA! I’ve been a Permanent Resident for less than a year and I’ve still got lots more to learn. For the first few months that I was here, I binge-watched trashy reality TV to T’s horror. I was proudly telling him that I was learning about his country and his culture. HAHA! BUT I did watch 2 seasons of a very interesting HISTORY Channel tv series called “How the States Got Their Shapes” and I really did learn a lot more about this country.

Did you know that
– Alaska is the easternmost and westernmost state of the USA?
– there are only 3 power grids in the USA? East, West and Texas!
– California grows about 80% of the country’s winter vegetables?
– West Virginia has the highest number of home owners and New York the lowest?
– Wisconsin had the country’s first boom trade in the 1700s? They exported skins and the most valuable being Beaver fur!
– Ohio wasn’t officially a state until President Eisenhower signed backdated papers to 1803, in 1953?
– Nevada has the lowest rainfall in the entire country? Drought alert for me! Eeeeks!

Anyway, maybe by next year, our household will be celebrating Independence Day complete with decor and a flag proudly flying (I blame my US-born and raised husband for not making the effort *koffkoff*)

So anyway what has my outfit got to do with the 4th of July? Nothing… I tried expressing what I felt was most significant about my move here but I don’t think it carried through. Hiking boots, lumberjack-esque shirt and my version of a pair of daisy dukes cut-off denim shorts. You get the idea right? Kinda, sorta…

Top: Dark grey RADIOHEAD tank top (that I got from their concert in Melbourne, Australia in 2012)

Tah dah! Here’s the post I’ve been wanting to write after I last did the one on my overnight bag. 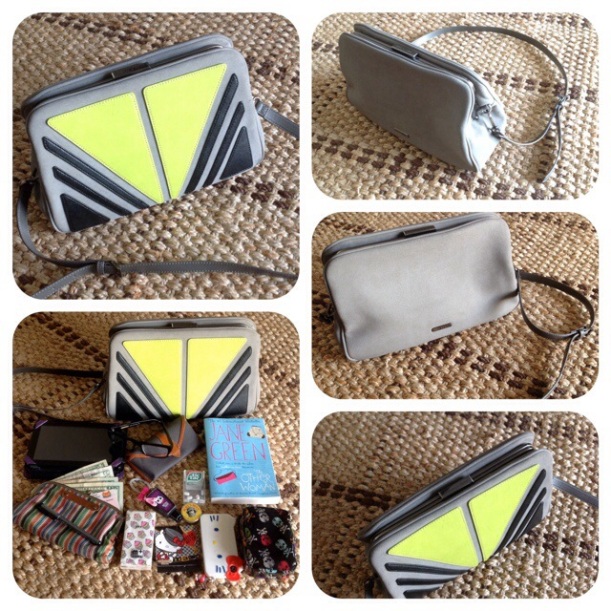 This is a Charles & Keith bag that can be worn as a cross body or carried as a clutch. I hardly go into a Charles & Keith because previous experience with their shoes about 10 years ago put me off their bad quality. They seemed to have however revamped their styles and improved workmanship though. Maybe it’s just their bags because I still refuse to buy their shoes. I like the price, size and colour of this one. As you can see, I’ve loaded it with a lot of things: 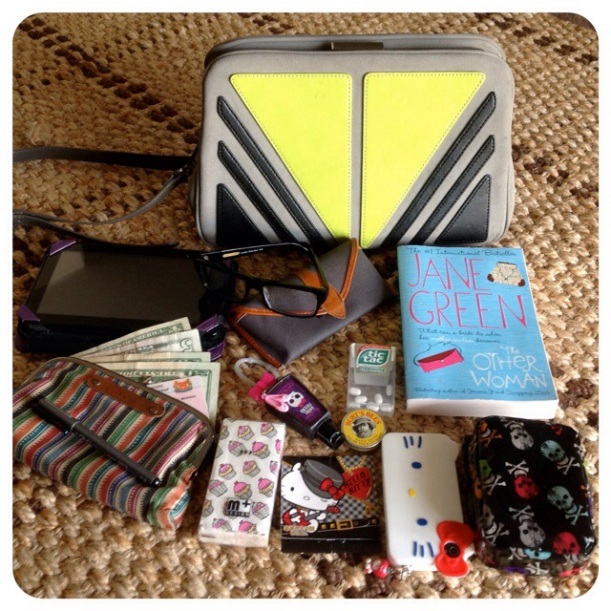 – Handmade in Singapore custom kiss-clasp purse from UYII
– KINDLE FIRE bound with a purple BELKIN cover
– Black nondescript reading glasses
– A chick lit book I got from the Summerlin Library for 50c (yes they sell books for a donation)
– BURT BEES hand salve (that was part of a birthday gift from Wasya)
– TIC-TACS
– HELLO KITTY facial blotters from DAISO
– Cupcake print tissue paper
– Anti-Bacterial hand gel (Ghoul Friend Berry Scary) from BATH & BODY WORKS (isn’t the bow/ballet flats carry case so cute?)
– COPIC multi liner pen in 0.8 (I think this is from BOOKS IN THE WOODS)
– PAPERCHASE coloured skulls make-up pouch (which has been featured on my blog many times when I was showing its contents
– and of course, my iPhone4 with the white silicon HELLO KITTY cover and HELLO KITTY dust cap dangly

So what is your everyday bag and what’s in it? Write up a post and share it in the comments below! I’m excited to voyuer… Heeheee