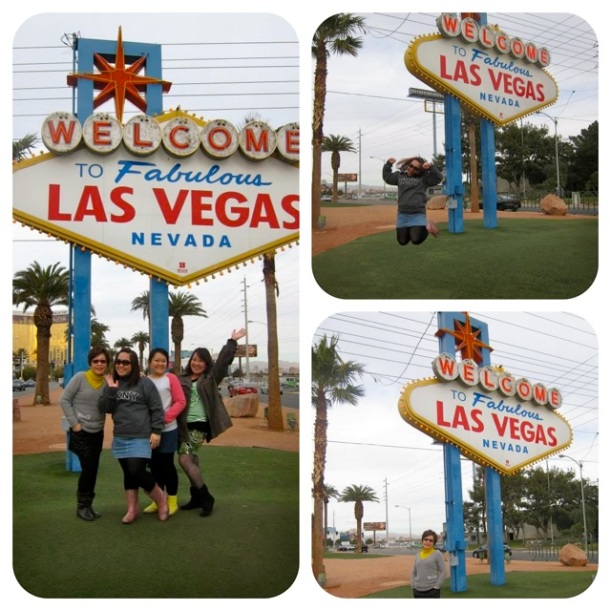 My family came for about a month to visit me and it was really nice to have them around to spend Christmas with. Also taking them to New York and Arizona to meet T’s family. It’s probably the only time both our families will celebrate the holidays together. I’m glad we managed to do many different things and create lots of memories for a long time to come. And there was no drunken debauchery, didn’t catch any shows on the Strip nor any crazy late-night partying – I reckon that’d be easy and they can do that the next time they come since it’s on most people’s Vegas agenda. To be honest though, I’d have liked to watch an X-rated show just because… (But my goody-two-shoes husband doesn’t want to partake in any of that so I’ll need to go with someone else.)

Anyway, with my mother, shopping is definitely a big part of ALL her vacations so we did TONS of that. We visited the Las Vegas Premium Outlets – North and South, Fashion Outlets of Las Vegas in Primm Valley, as well as Woodbury Commons Premium Outlets in New York. If we had time (and they more luggage space), I’m sure we would have gone to one in Arizona as well. Oh yeah and when I took them to Town Square (it’s like a giant shopping mall area where locals go instead of getting their shopping, eating and entertainment fix on the Strip), we shopped up a storm at Old Navy itself (we spent about US$90 and took such a big advantage of the post-holiday sales that we saved more than US$100, and got some vouchers for spending later). Needless to say, they went home with 30 or more bags (mostly Kate Spade, Le Sportsac and some Coach), several pairs of shoes each (US$4.99 Nine West shoes SCORE!), skincare and cosmetics (apparently the Elizabeth Arden stuff here is like 1/5 of the price in Singapore), snacks and sweets (TARGET post-holiday clearances) as well as a lot of random other things. They came with 6 suitcases (2 of them were almost all my stuff) and left with 8 full ones (mostly their brand new shopping). 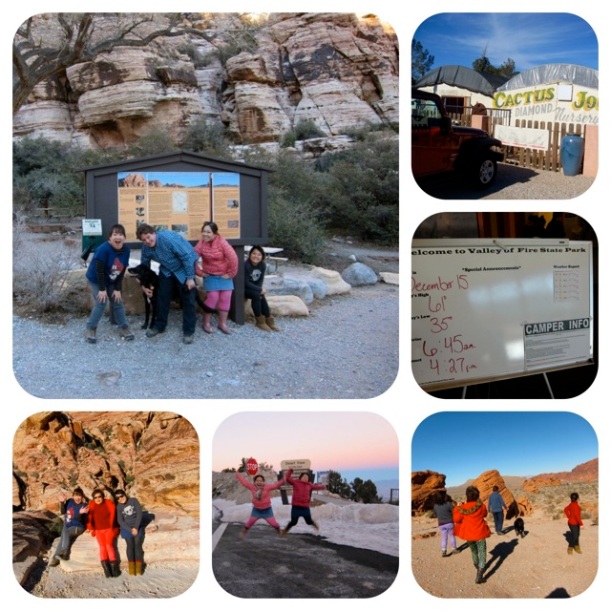 Other than the shopping, T and I took my city-folk family out for some nature walks – Valley of Fire (where we saw ancient Petroglyphs), Red Rock Canyon and (snowy cold) Mount Charleston. We even managed a picnic at Exploration Peak Park near our house – complete with a short trail walk, snacks, a potato salad, homemade egg as well as kaya sandwiches. 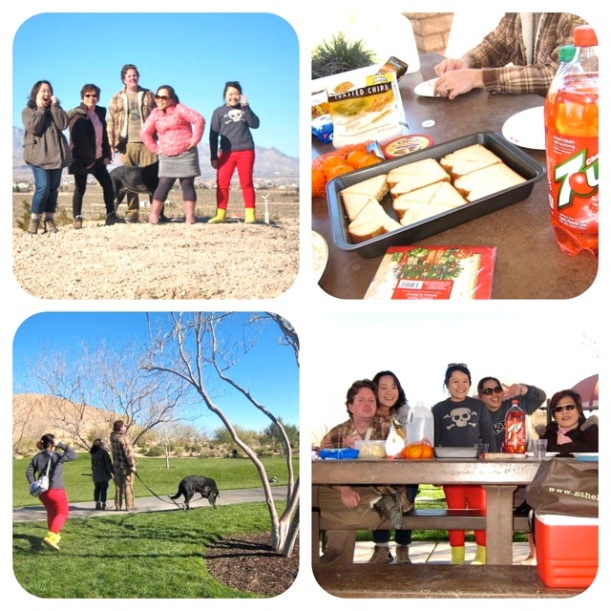 Some of the touristy things we did were: 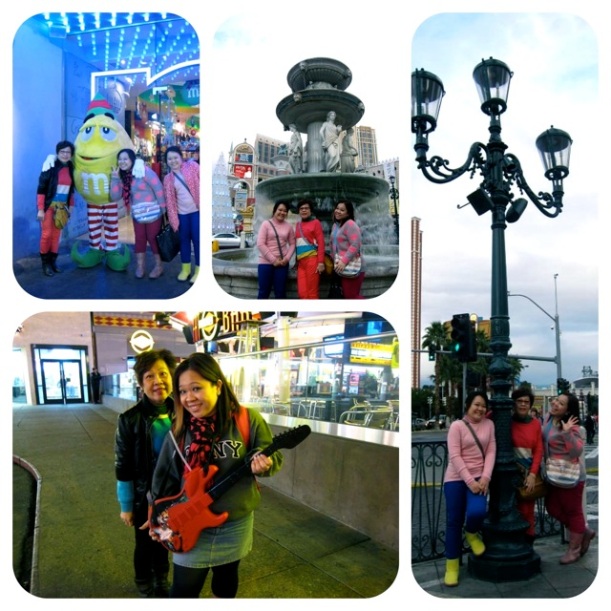 My Mum and my sisters even stayed 2 nights at Circus Circus so they could fully experience The Strip (T and I live about 30 minutes away in the ‘burbs). I highly recommend that if you’re coming to visit Las Vegas, try to stay on the Strip for at least 2 to 3 nights even if it’s at a Motel6. And if you’re a friend or family, please extend your stay at our house so I can take you to other places (hahahahha…) 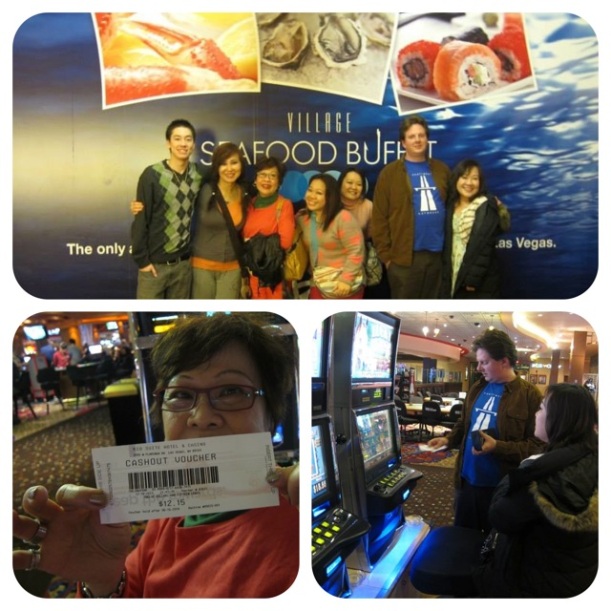 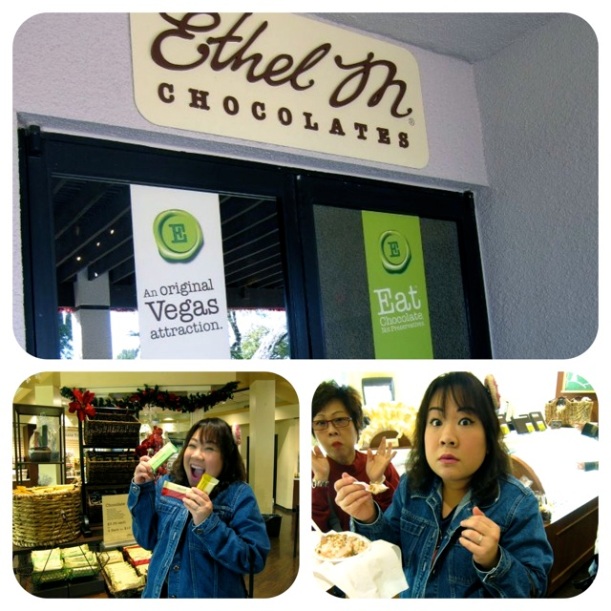 There’s so much more to Las Vegas than just live entertainment, gambling and buffets. I’m glad I thoroughly made use of the time my family was here to explore the other places. It’s been great because I have never been to many of the attractions visited! Can’t wait till they come back again… *sigh* Back to boring ole housewifery…

When I explored the possibility of leaving Singapore and moving to the US to be with T, many of my friends were excited until they found out that it’s Las Vegas. To them, the cities “worth” moving to are places like New York City, Los Angeles or even Seattle – big and cosmopolitan, culturally diverse, artistic, etc. What little we know of Las Vegas is essentially casinos, quickie weddings, gentleman’s clubs and the likes.

That is… until I actually lived here long enough to start discovering a whole new world outside the Las Vegas Strip… (Okay, I have seen the Strip maybe 5 times since May this year, so it’s still exciting and fun for me to explore.) 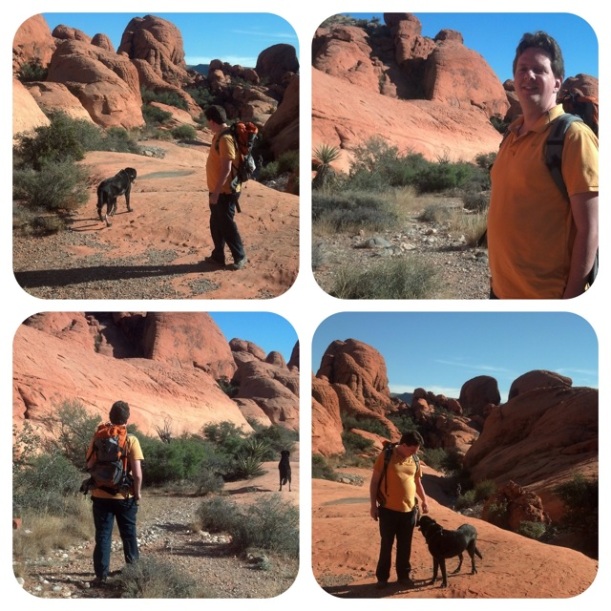 And this brings me to the Red Rock Canyon which is only a 10 minute drive from where T and I now live, straight down Blue Diamond Road, in the direction of Summerlin.

Here are 10 things you need to know about Red Rock Canyon: 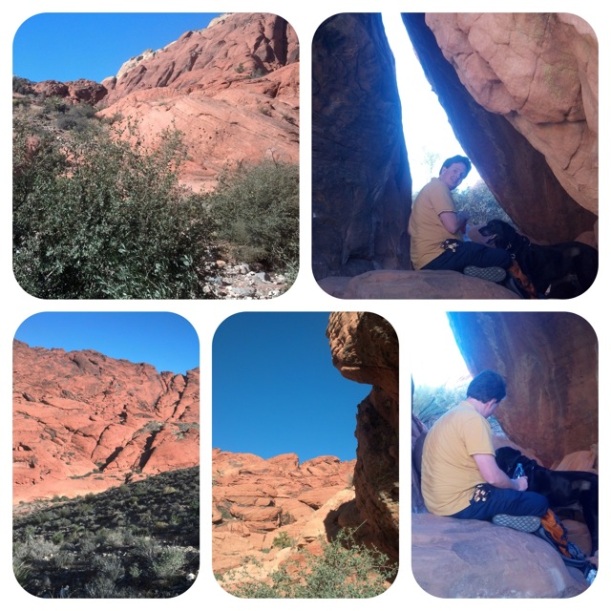 We took Max the Maximum Dog there to run leash free (in some parts where it’s further in and has less people) on his Adoption Day Anniversary. As it was just 1 day before Veterans Day (11 November), the park entry fee of USD7 per car was waived. As you’ve seen from a previous entry, I was all dressed up and I refused to change out of my pretty tulle skirt and sparkly sweater. We chose a relatively moderate trail and we slow walked it for maybe 20-25 minutes before turning back – so it didn’t require crazy hiking equipment or more protective gear anyway. I had a good pair of hiking boots that helped me go up and down the slopes, as well as walk the uneven red rock, which I can’t help but romantically imagine being formed millions of years ago by undulating, prehistoric sea currents as I walked upon them.

If I sound like crazy city folk, I am. When T drove me through the roads that passed Red Rock Canyon (not within the conservation area), I was in awe of the rock formations, the quietness and fresh air… for all of 20 minutes before falling asleep (because his Corvette drives so smoothly *koffkoff*). I also never understood his excitement until I got to walk down the slopes into the basin and see it for myself upclose. It was amazing and breathtaking. 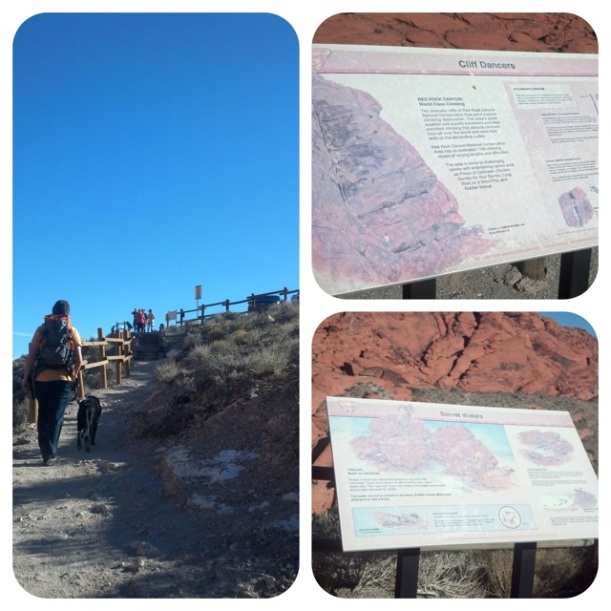 While I miss my big city roads with brightly lit street lamps (even in the suburbs) and my efficiently organised public transportation network, I can’t wait to see more of nature and maybe discover an unbeaten path. T has seen petroglyphs in person on hikes and I can only imagine how I’d feel when I do stumble upon some. So not too far away from the neon lights, debauchery and commercially produced musicals, Las Vegas has way more to offer. 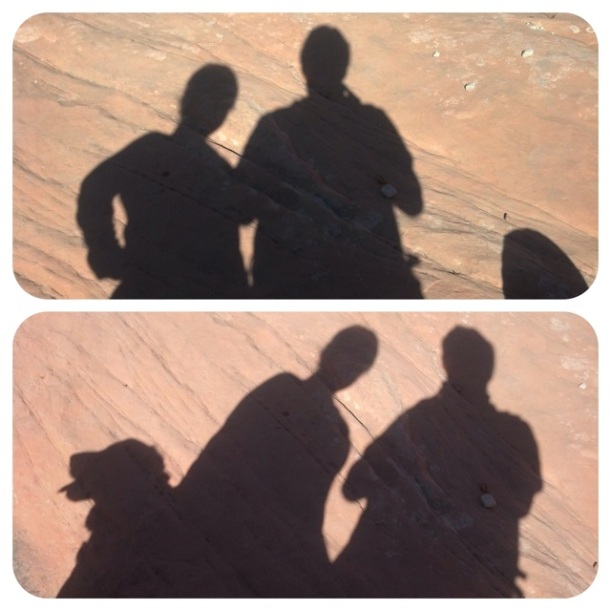