Today is the official release date of PixelNauts‘ game Lost Orbit! And those friendly Canadian guys we met last year at a video game convention kindly offered me 2 STEAM codes to give away to my readers! 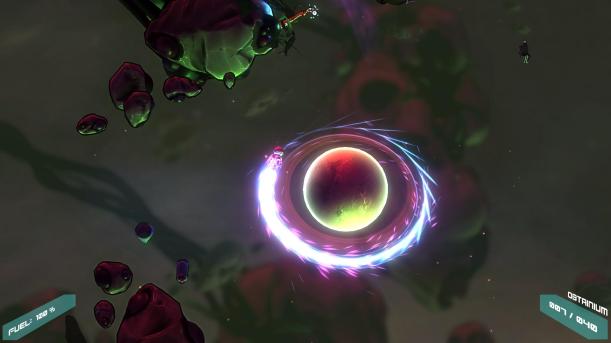 I’m not going to pretend that I’ve played the game or that I even play video games but I can tell you about the game.

Stranded after his ship is destroyed in deep space, Harrison, a lowly maintenance worker and our hero must struggle to find his way home through a perilous universe filled with colorful galaxies, deadly asteroids and the emptiness of black matter.

LOST ORBIT is a fast paced and deadly dodge ’em up game that has players take control of a lone astronaut who embarks on a dangerous journey to rejoin his civilization. Armed with only an improvised set of equipment and a relentless spirit, Harrison will need to speed his way across four systems, survive more than 40 levels of intense challenges, and confront not only his mortality, but also what lurks in the darkness.

Set in a world rich with comedy and tragedy, LOST ORBIT is a game filled with risk, loneliness, wonder and death.

And I can direct you to some reviews of the game below by:

Two winners will be randomly picked and announced by 14th May 2015, Thursday.

That’s all! This giveaway is open to all worldwide and the game retails for USD11.99!

For more information, check out these socials for the game: